Want to become a member? Learn more about our membership here.

The Friends host and support signature outreach events including Family Gardening Day, the Summer Sunday Concert Series, a presence at the Wisconsin Science Festival, and the Winer Classes Series. 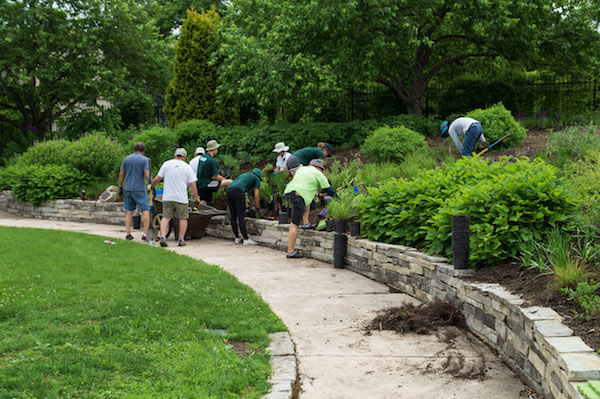 The Friends steward, support and welcome dozens of volunteers who work to keep the Garden robust and beautiful, from digging in the dirt to planning, promoting and executing special events. 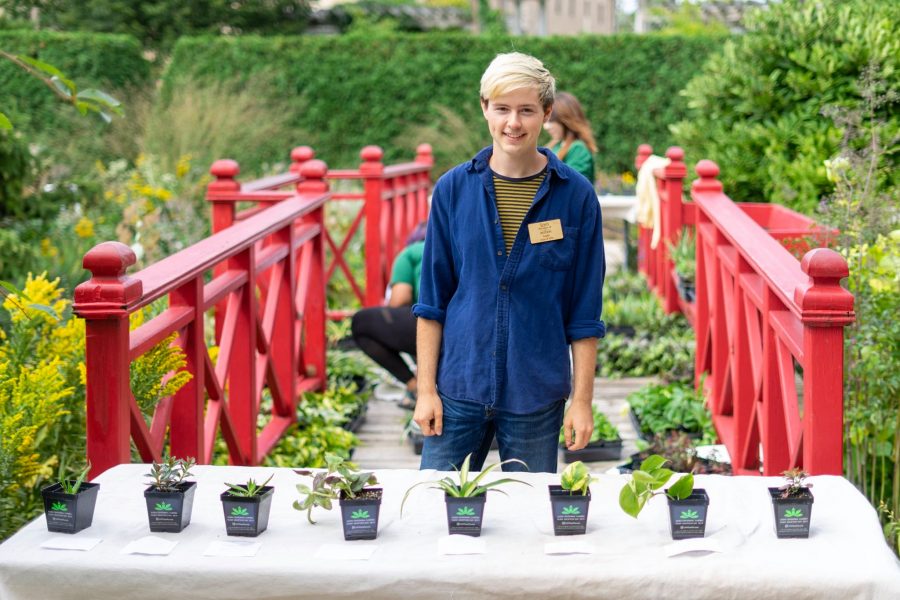 The Friends support scholarships and underwrite students projects through a special grants process. Signature projects include establishing an apiary and the Plant Parents Initiative.

First dreamt up in kitchens over coffee during the directorship of Ed Lyon, the Friends of Allen Centennial Garden has grown since its creation in 2013 to become an instrumental part in ongoing fundraising and community engagement efforts at ACG. Early board members, Jane Barnett, John Beutel, Sally Bilder, Erica Christman, Shirley Fagan, Tom Hoffman, Ed Lyon, Jeanne Reiter, Sarah Schaffer, and Cherie Schmid, guided the early decision making process of the FACG all while recruiting new members for the program. Early recruitment efforts were successful; FACG had nearly 60 members by the summer of 2013, just months after the official commencement of the program. Four committees specialized in different aspects of the program beneath the Board of Directors. The Development Committee, Education Committee, Events Committee, and Finance Committee worked together on early fundraising, programming, and community engagement efforts. The Friends began assisting with Allen Centennial Garden volunteer coordination in 2013. There is now a Volunteer Committee. Additional Committees such as the History Committee and Membership Engagement Committee are formed as needed. All FACG members can be Committee members.

The early operating committee looked into other Friends programs within the southern Wisconsin area, finding inspiration regarding bylaws and goals in the Friends of the University of Wisconsin Arboretum and the Friends of the Rotary Botanical Gardens in Janesville. Once the early operating committee decided on the role the Friends was going to fill within the framework of Allen Centennial Garden, they worked with the University to become an official 501(c)(3) organization. As soon as the proper paperwork was filed, the Friends got to work supporting and supplementing the work of ACG on campus and in the greater Madison community.

The Friends have supported volunteers, public programs, and student-centered programs, such as providing funding for intern programs and Plant Adoption Day. The first plant adoption day in 2018 was an astonishing success; almost 1,000 plants were adopted and second year attendance nearly doubled to 1,900 students in 2019. Community-centered programming has also seen much success since FACG’s inception in 2013. Endeavors such as the Posh Plants Runway Show, Amazing Sprouts, Family Gardening Day, the Sunday Concert Series, and the Winter Class Series have helped to elevate the Garden from a “hidden gem” within the Madison landscape to a main attraction. Community-centered programming created by FACG has aimed to foster a love of plants and gardening in people of all ages. Amazing Sprouts in 2018 exposed children ages four and five to the diversity of seeds and the wonders of gardening, while the Posh Plants Runway Shows in 2014 and 2016 auctioned off unique plants and garden items to the highest bidder.